Palmar erythema involves the reddening of the palmar part of the hands, being most evident at the level of the hypothenar eminence. This condition might involve the other surfaces of the palm, such as the thenar eminence or the fingers. Apart from palmar erythema, it is also known as “liver hands”, due to the association with chronic liver disease. In the situation that it is encountered at the level of the feet soles, it is presented as plantar erythema.

According to the specialists in the field, palmar erythema can be classified into primary (physiological) and secondary (underlying condition present). The change in the color of the palms is believed to be the result of a number of pathophysiological processes, including the excessively dynamic blood circulation. Among the other factors involved in the process, there are: increased cardiac output, dilatation of the small blood vessels at the level of the palms, inflammatory processes and high levels of estrogen hormones. 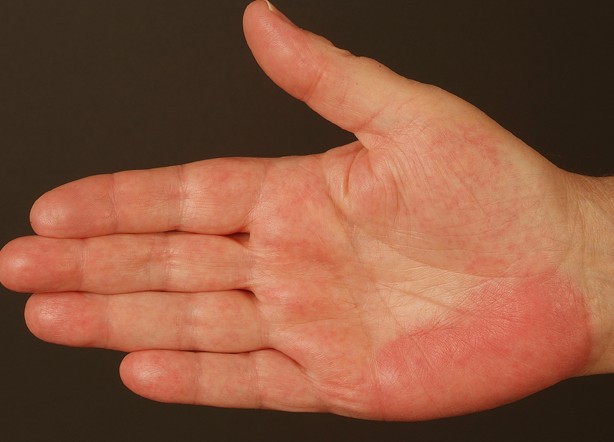 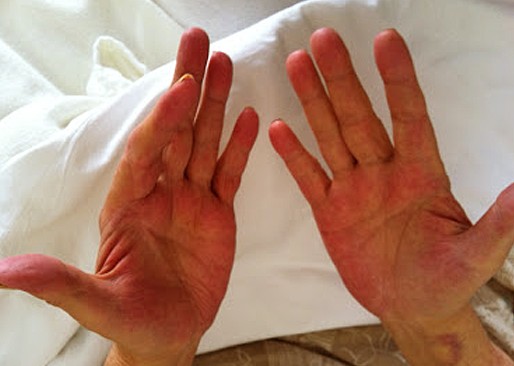 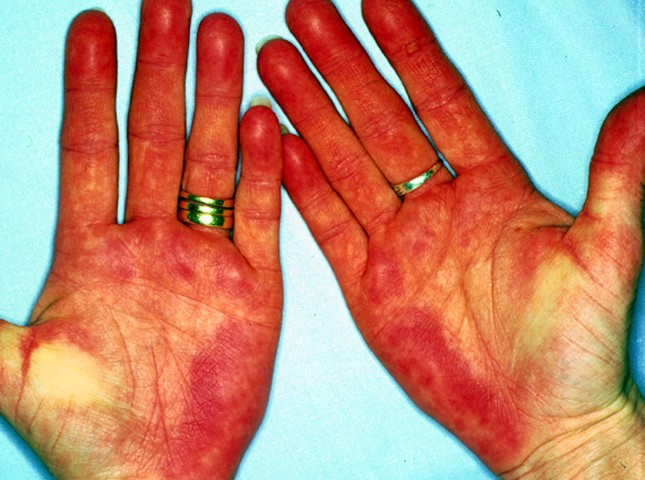 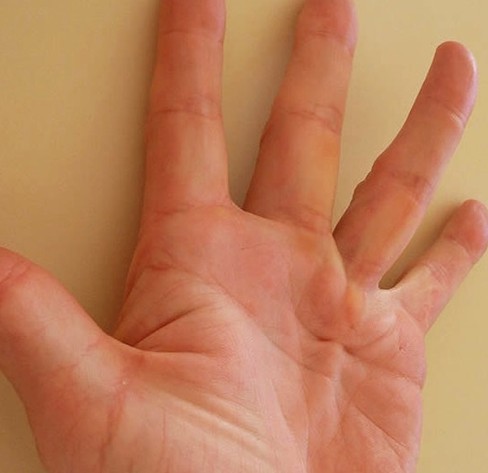 Patients who suffer from palmar erythema present a red hue on the palmar surface of the hands. It is possible that the changes occurring at the level of the palms might also cause itchiness, but this is not present in all of the cases. Often times, the reddening is made worse, as the skin becomes both inflamed and irritated. An increase in skin temperature might be noticed at the level of the palms as well (suggestive of increased sympathetic activity).

The primary form of palmar erythema is often times idiopathic, with no exact cause being identified. Heredity and pregnancy are the two main other causes that lead to the appearance of palmar erythema, the latter being found in connection with circulatory and skin function changes (physiological and temporary, for the pregnancy period).

The secondary form of palmar erythema, as the name clearly points out, appears almost always in connection with an underlying condition. These causes are presented below.

Patients who suffer from advanced liver disease, such as cirrhosis, present high estradiol levels. These are responsible for the appearance of the palmar erythema. The same changes are encountered in the situation of alcohol abuse (chronic consumption).

In the situation that one suffers from inherited conditions, such as Wilson’s disease or hereditary hemochromatosis, it is possible that palmar erythema appears as one of the symptoms.

As it was already mentioned above, a large percentage of the patients who are diagnosed with rheumatoid arthritis present palmar erythema (60%). Nevertheless, the prognosis for these patients is favorable.

Patients who suffer from this dermatological condition present a wide range of changes, due to the immune system attacking different parts of the body. The palmar erythema is one of the changes that occur at the level of the skin.

This condition is also known as hyperthyroidism, being defined by an overactive thyroid gland. Because of the increased level of thyroid hormone produced in the body, palmar erythema is going to be present.

Patients who suffer from this form of diabetes present a number of circulatory malfunctions, including at the level of the skin. The palmar erythema is often seen in diabetes patients.

This inflammatory condition is characterized by the formation of granulomas in different parts of the body. The palmar erythema can appear as a non-specific symptom of this condition.

In patients diagnosed with this condition, the palmar erythema comes to complete the clinical picture (does not necessary guide the diagnosis in that direction).

Palmar erythema is often seen in patients who have been diagnosed with myelopathy caused by HTLV-1 (human T-lymphotropic virus).

The changes at the level of the palms can appear as a side-effect of various medication, including the following: amiodarone, salbutamol, Topiramate, cholestyramine, gemfibrozil. It is important to read the label of any drug before taking it, so as to be aware of the potential side-effects.

Due to the circulatory changes it causes, prolonged and excessive smoking can lead to the appearance of palmar erythema.

Chronic mercury poisoning is one of the less known causes that can cause the palms of the hands to become red and inflamed.

The high red blood cell count can lead to circulatory changes, which in turn will cause the appearance of palmar erythema.

There is no particular treatment that can be recommended for patients who suffer from the primary forms of palmar erythema. In the situation that an underlying condition is present, the correct treatment of the said problem will lead to the disappearance of palmar erythema as well. If the palmar erythema appears as a side-effect of medication, it is recommended the respective drug be discontinued or replaced with a more suitable alternative.

The aspect of the palms can be improved by avoiding substances that can further aggravate the inflammation, such as soaps that have a hard texture or lotions that contain powerful fragrances. As a self-care measure, you can try soaking your hands in cold water and keeping them there for a couple of minutes. Or, if you want, you can hold an ice bag in your hands (preferably wrapped in a towel). This will have a soothing effect on the skin. It is also indicated to avoid activities that might increase the discomfort experienced at the level of the skin, such as taking hot baths or showers or wearing gloves made from thick fabrics. 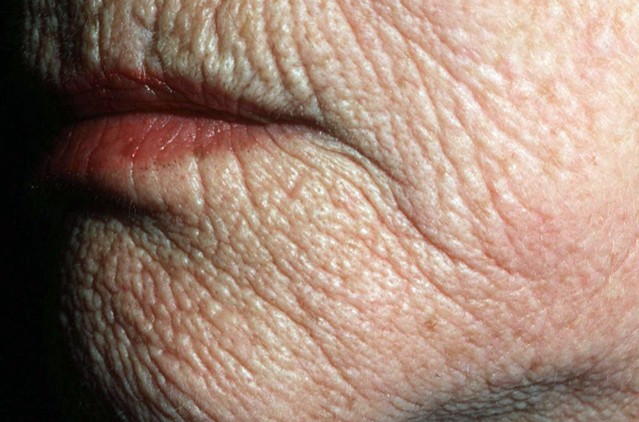 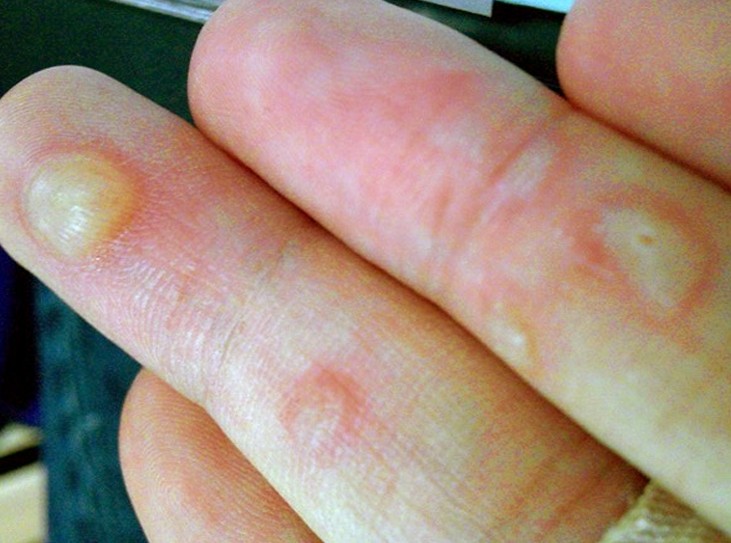